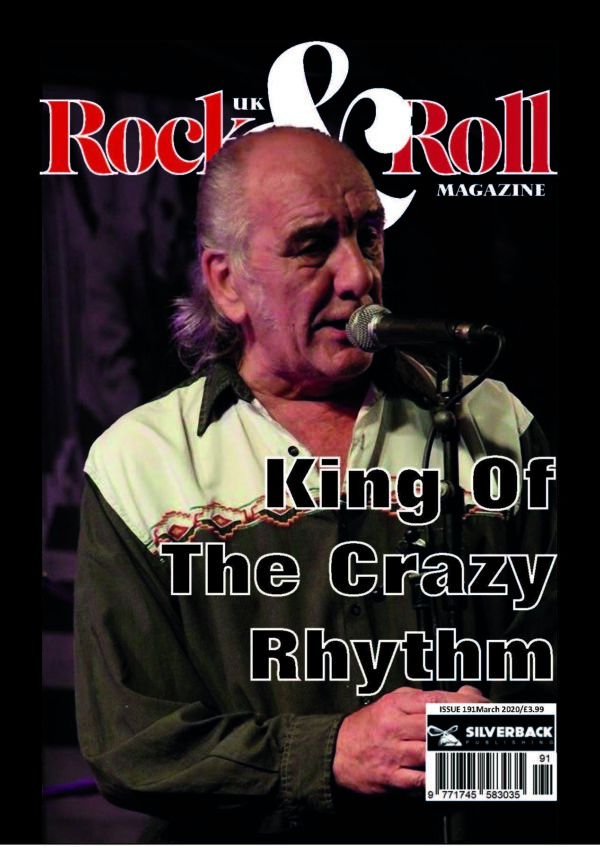 Just as we were going to press we heard the sad news of the passing of Cavan Grogan, singer and frontman of Crazy Cavan And The Rhythm Rockers. It’s just a few weeks since many of you (and many of the UK Rock’n’Roll Magazine contributors, past and present) were at The Rockers Reunion to witness the umpteenth headline show from Cavan and the band, and it’s difficult to think that he won’t be rockin’ out up on that stage next year. Our sympathies go to his family and bandmates

The loss of Cavan, and Colin Silcocks not long ago, makes it all the more important that we support those still giving us a-Rockin’ thrill around the pubs, clubs and weekenders. Focusing on the positives that rock’n’roll provides rather than slating those who rock to a different rhythm would be a good start, and some of the daft discussions on social media recently belittling the efforts of the likes of Ed Sheeran and Billy Eilish beggar belief. They don’t rock my boat either, but from what I know of Ed Sheeran, he put years of hard musical graft in before he struck lucky – the same sort of graft our own hard-working bands put in. If you don’t get a kick from their music, move on and pour out some love (and maybe a few sheckles) in pursuit of some quality rock’n’roll – despite the sad news of Cavan, there will still be plenty around.